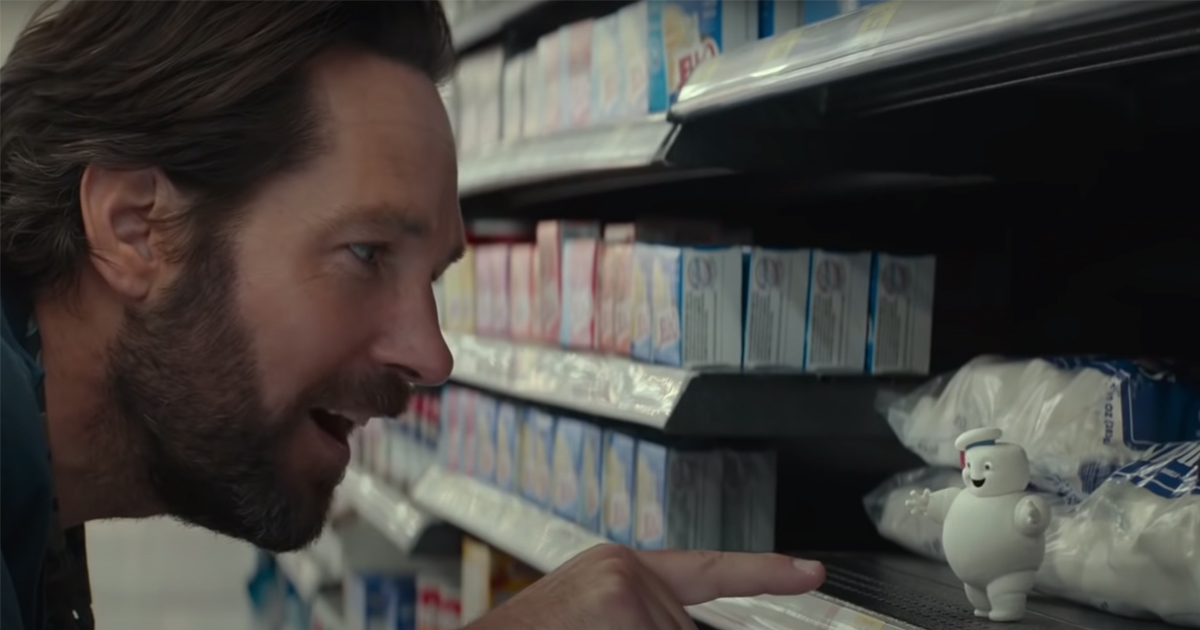 We have our first clip from the highly anticipated upcoming Ghostbusters: Afterlife! In it, Paul Rudd discovers some weird goings on with packages of Stay Puft Marshmallows.

From director Jason Reitman and producer Ivan Reitman, comes the next chapter in the original Ghostbusters universe. In Ghostbusters: Afterlife, when a single mom and her two kids arrive in a small town, they begin to discover their connection to the original Ghostbusters and the secret legacy their grandfather left behind. The film is written by Jason Reitman & Gil Kenan and stars Carrie Coon, Finn Wolfhard, Mckenna Grace, and Paul Rudd, with appearances by Bill Murray, Dan Aykroyd, Ernie Hudson, Sigourney Weaver, and Annie Potts.

Ghostbusters: Afterlife is scheduled to be released in the United States on November 11, 2021