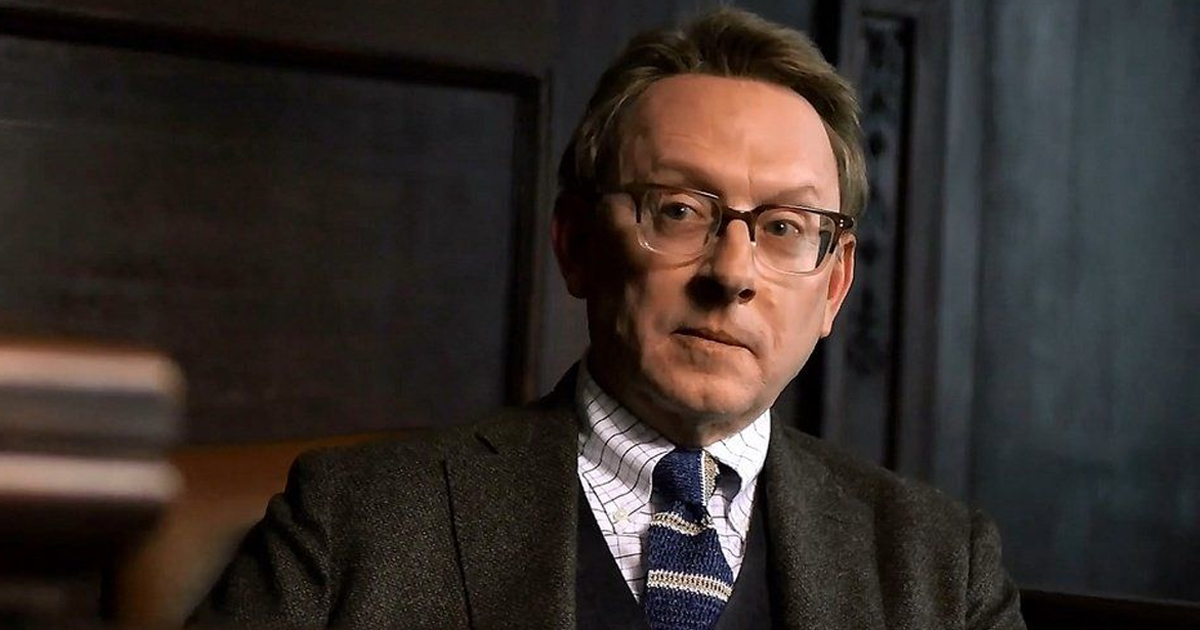 Exclusive Interview: Michael Emerson Discusses The Joys Of Being Evil

Michael Emerson  is no stranger to villainy. The actor is best known for portraying Benjamin Linus, one of the most recognizable and memorable villains in television history, on the cultural phenomenon, LOST. The role earned him an Emmy Award for Best Supporting Actor in a Drama Series, as well as a Golden Globe nomination. After a stint as a good guy on the series Person of Interest, he has returned to the dark side in the supernatural thriller, Evil, which has just begun its third season on Paramount+.

We spoke with Emerson about taking on another diabolical role, working with his wife during the pandemic, and meeting the next generation of LOST fans.

I want to congratulate you on this series. I’m really enjoying it, and I think your performance has been amazing.

They often say that a villain doesn’t think doesn’t see themselves as a villain of the story. But I feel that’s different for Leland, and that he definitely sees himself as the villain of this story.

Right? Yeah, he’s okay with villainy. He’s more than okay with it. He actually relishes it. He seems to really enjoy his work, which is a fun kind of notion. And he loves the gamesmanship of the strategies and subterfuges, the lies and the schemes. It’s all delightful to him.

Do you feel you have to find something relatable to portray him, or do you just kind of dive headfirst into the evil?

I don’t have to relate to a character, but I relate to language. I like the way the part is written. I think the writers listened to me. They listened to the kinds of things I do and the kind of voice I have and how I use the spoken word. I don’t worry too much about him. I just worry about his agenda, and him speaking clearly to other characters. His villainy sort of leaks in, in an organic way.

I think they had me in mind because it came to me as an offer, and that doesn’t happen very often. The pilot script came, and my agent said, ‘You know, they’re interested in you for this. Do you want to read it and see what you think?’ And I read it, and I liked it. I love the pedigree of the project, the Kings, the extraordinary talents, and the good writers. I didn’t have much to do in the pilot, but I saw how he was how this character was being positioned and what an outlier he was, what a force of mayhem and chaos he was, and I thought, ‘Oh, yeah, there’s a, there’s a lot of places to go with a character like that.’

You had come off five years on Person of Interest, and this kind of takes you back a bit closer to a roll that you’re most known for. Were you hesitant at all to take on a role that would lend itself to comparisons to Benjamin Linus?

No. You know, I think about those things like, ‘Well, how do I not do something that I’ve done before?’ But the writing is always different, and in this case, this is so much more lighthearted of a villain. Leland is not struggling with his own identity or demons of his own, except real demons. He’s just a player. He’s a gamesman, and he’s just out there making as much trouble as he possibly can. There is a lightness and a joyfulness to it. The tone of it is more fun, more playful.|

The tone of the show has evolved since the first season. It’s gotten darker but quirkier at the same time. I know season two was written before the switch over to Paramount Plus, but now that it’s being written for the streaming service, will we see a different tone moving into season three?

Well, I think it’s maybe a little more playful, and I don’t know how to account for that. Because Paramount Plus is a serious entertainment outfit, just like CBS, but I guess they just feel they have a little more latitude. I think maybe they think that with the streaming of Paramount Plus, they’re reaching an audience that will give them more leeway. They will go with somebody breaking into song or some of the odder more upside-down kinds of things that might be a little incredible for a Sunday night CBS audience.

I spoke with Asif Mondvi a little while back going into season two, and he said that the Kings are two of the nicest, most normal people that he’s ever met. Given the context of the show, I still have trouble believing that.

No, they’re lovely and hospitable people. Highly intelligent and articulate. But there is a twinkle in their eye, and they like a good joke. They like to thwart people’s expectations. They like something to jump out of the closet, you know? They’re having fun. The whole writer’s room is having fun. I can’t imagine the sessions where they sit around and bat around ideas. ‘What should we tackle? What deserves the evil treatment in our culture at this moment?’

You’ve worked on stage, in film, on television, and in the voiceover voice field. Is there any particular area that you feel best represents you as an actor or as a storyteller?

For many years, I would have said that the stage is the place where I live and breathe, but I don’t feel quite that way any longer. Maybe it’s just all the years I’ve been doing TV playing for the camera that’s close to my face. I’m so comfortable with that. Now, I like the latitude that it gives me because I can play about as broadly as I would in a big theatre, but I can also play minutely. I also like that it’s a bit more relaxed because I always have the safety net of, ‘Oops, I screwed that up. Let’s start again.’ And even though I’m a good memorizer and I don’t have trouble sticking lines in my head, but I was growing to fear that a little more in my stage life, but it’s not an issue on television.

You have a couple of other projects coming up I’d like to ask you about. First, worked with your wife, Carrie Preston, again on the film Glimpse. What can you tell us about that film?

Well, it was a self-filmed, COVID bubble enterprise. Our whole extended family was hunkered down here at our house of the Hudson, and we include among our ranks, three professional actors. So, we were in a relatively large bubble and this script came that was for three characters, but we had to shoot and record it ourselves. Fortunately, Carrie is a director, so we managed really well. It was strange to be in charge of your own sound, your own makeup, and your own props. Whoever wasn’t acting in the scene was operating the camera. They sent us all of this equipment that was sterilized in a briefcase, which we had for three days to shoot all our material. Then we sent it back and they cleaned it and sent it to another bubble. After that, they assembled the whole thing. It’s an interesting project.

You’ve worked with Carrie several before. Is your dynamic with her different with her than it is with the actors?

I don’t think so. It’s strange to act with your spouse. You’re liable to get the giggles. I’m used to the way I prepare and the way I behave on set, and she’s not around to ever see that until we do something together. Then I think, ‘Oh, should I be sitting with her? Should be holding hands or have a little smooch?’ So, when they say cut, then you began to be self-conscious, right? Then I wonder if she’s judging me, and I think that I can do better. I can do better.

You’re also acting against someone who is a very good actress, so I imagine you instinctively want to step up your game a bit.

You’re also the movie Man & Witch, which I feel like it was announced forever ago.

(laughing) Yeah, it was.

That was filmed a while back. Was that pre-COVID?

It was filmed during COVID. It was filmed in Scotland, but I didn’t go to Scotland. I have a very small part in it. It was a COVID-smart production, in that it was easy to plug a lot of actors in for a day or two safely. But it’s still in post. They’re still cutting it. It’s a big fantasy thing with trolls and talking animals and stuff like that. It’s quite an undertaking.

I don’t want to take up much more of your time, but before I let go, I just want to let you know, that over COVID, my wife and I rewatched LOST with our children, who loved it just as much as we did. My wife and daughter actually both got matching LOST tattoos.

It was great to be able to share that with them, and I’m sure we’ll watch it again at some point. Have you found that you have a new generation of fans?

Oh, sure. the children of the people who used to watch it when it was broadcast are watching it now. There’s always someone stopping me on the street saying, ‘I just finished binge-watching LOST,’ which is sweet. Everybody has the advantage over me though because I haven’t watched the episodes since 2010. So, and people come up and they’ll rattle off an episode number or the title of the episode, and I have to cast my mind back to those faraway times.

So, what can we expect to see in season 3 of Evil?

Well, it picks up right where they left off in season two. I guess the show just kind of spirals a little bit higher, a little weirder, a little more troubling. I would say my motto for the season is, ‘No clear boundaries.’

Well, I mean, your storyline ended on cannibalism. So, you can only go up from there, I suppose.

(laughing) Man, that’s one of the weirdest things I’ve ever shot.

Well, thank you very much for your time. And again, congratulations and good luck with the new season.

Thanks a lot. Nice talking to you.